by MonAmie No comments:

Email ThisBlogThis!Share to TwitterShare to FacebookShare to Pinterest
Labels: A Toast To Bread, Apples

Getting more vegetables into your child’s diet is always a challenge. Try this kid tested recipe. This is a wonderful sauce which can be incorporated into your child’s favorite dish where spaghetti sauce or pizza sauce is used. 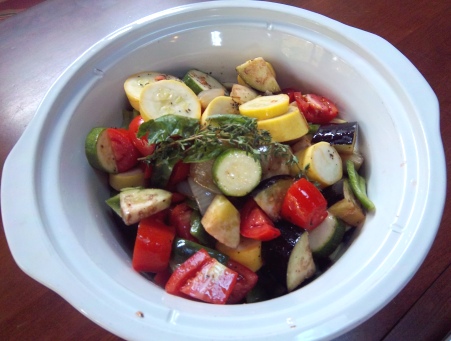 Put this mixture into a crockpot and add ¼ cup water. Cover. Cook on high heat for 4-5 hours or low for 6 -7 hours.   When done, carefully drain mixture with metal strainer placed over a large bowl. Keep the juice!! Put veggies back in crockpot. 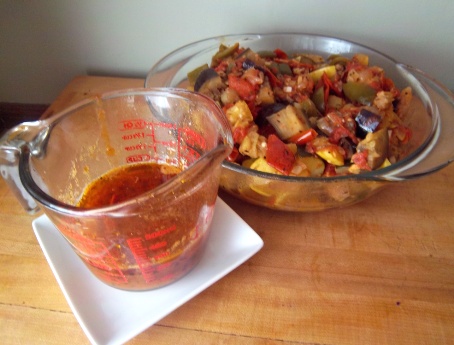 Take reserved juice, put it in a fry pan, cook on stovetop until mixture is reduced to half.  Pour reduced mixture over veggies in crockpot. Stir. Put in bowl to cool. Place in refrigerator until ready for use. 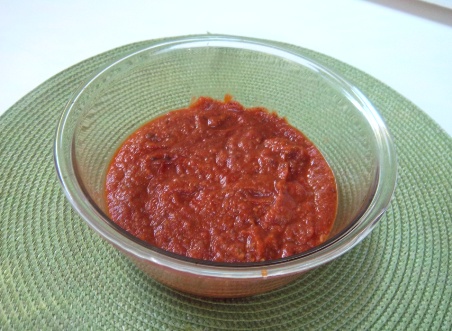 To make Crock-a-touille Sauce™, put in food processor. Process until well blended. This sauce is meant to add nutritional value to your favorite purchased pizza sauce or spaghetti sauce. For each cup of sauce required in your recipe, replace 1/3 of it with Crock-a-touille Sauce. Use this “new” sauce on pizza, noodle hot dish, lasagna, as a dunking sauce for breadsticks, or as sauce for spaghetti. 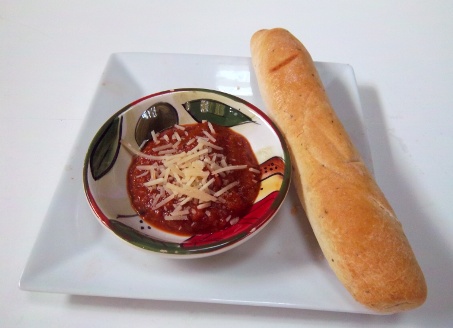 by MonAmie No comments: 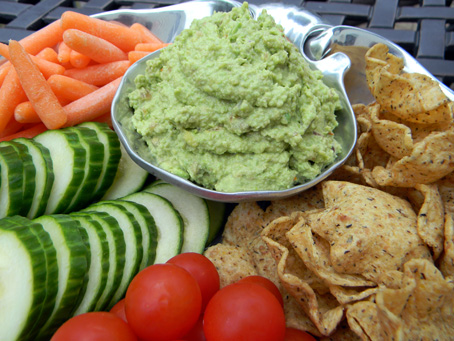 We all know someone who makes “The Best” guacamole. I am lucky know one of these people. My friend, Mariane, makes a very flavorful guacamole that always tastes so perfectly fresh. She has spoiled our M-CAKE lunch group several weeks in a row by bringing it to our picnics upon request. I felt a little guilty because I tended to hover over the guacamole and was not a good sharer. I decided that because of my greediness, it was my turn to bring the guacamole to the get-together.


I couldn’t possibly try to mimic Mariane’s recipe. I think hers is “The Best” because she’s Brazilian and makes it with just the right amount of zest and zeal like only she can. It’s sort of like when my kids say I make my desserts in the “loven”, meaning “with love from my oven.”  Mariane’s guacamole is always made with love…zesty love.

I digress…so, instead of just trying to make Mariane’s guacamole, I invented my own. It can’t really be called guacamole because it’s not a traditional version. It’s Mock Guac, made mostly with edamame (soy beans). I’ve been needing a little extra protein to fuel my runs lately and this recipe is full of it. 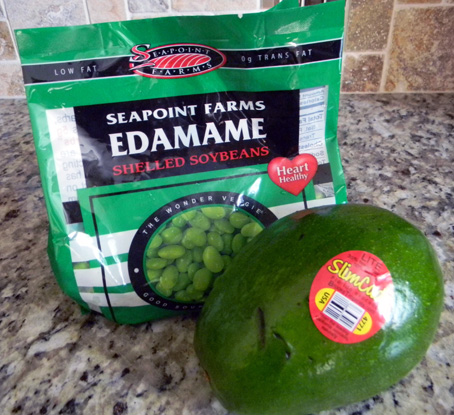 I did add one avocado to give it a little more of a guacamole flavor. Actually, I used a Slimcado. Have you ever seen one of those? They are slightly larger, brighter green on the outside, more yellow on the inside, and have half the amount of fat and calories as a regular avocado. Avocados have “good fat” so I wasn’t too concerned about the fat/calorie count, but the Slimcados were on sale. An avocado would work just as well in this recipe.

Steam edamame according to package to thaw/soften. 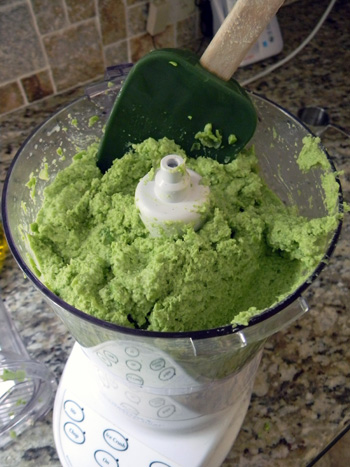 Puree in food processor while drizzling in olive oil and water until smooth. Smash the slimcado (or avocado) with the juice of 1 lime to keep from turning brown.

In large bowl, combine pureed edamame, slim/avocado mixture, sea salt, pressed garlic, and tomatoes (as many as you’d like, but I used about 10 cherry tomatoes). You can hand-mash, use a mortar and pestle, or hand blender. I WISH I had a fabulous volcanic rock mortar and pestle (*hint, hint dear husband), but alas, I had to use my hand blender, and it worked just fine. Add the red onion and thoroughly combine. Serve with multi-grain chips and veggies.

**A note about sea salt- I much prefer to use sea salt in this recipe, rather than table salt because of it’s taste and texture. Of course the very BEST sea salt is straight from the Mediterranean Sea, and given as a gift from a great friend who’s daughter brought it back from Europe, where she is going to school at AIU, and is a most fabulous up and coming fashion designer, who also made me my own Kelly Hulderman original for my son’s Young Marine ball last year. Boy, now that’s a run-on sentence if I ever saw one, but Kelly is wonderful and ya’ll heard about her here first!


After my friends and I devoured the Mock Guac I had a light bulb moment and was extremely disappointed I didn’t think of this sooner…Mock Guac Quesadillas! You can add whatever you’d like, but I think black beans, Mock Guac, a little Queso Fresco and salsa would be fantastic! 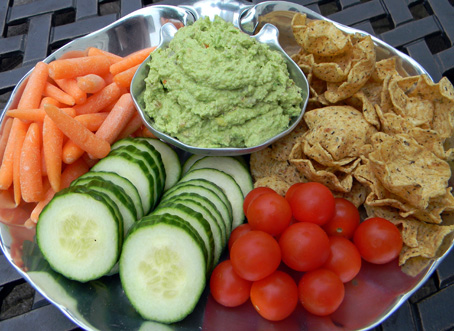 Experiment with your flavors. Enjoy!
by MonAmie No comments:

Who is behind the Counting Chef? Find out...

Fun at the Market